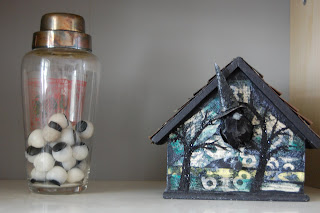 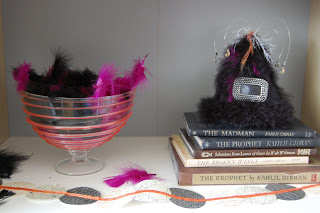 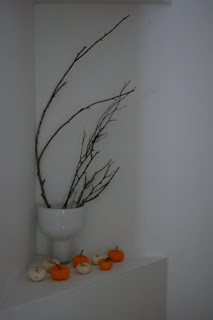 Just a few bits from around the house today... 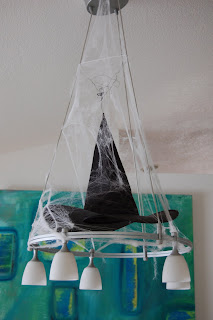 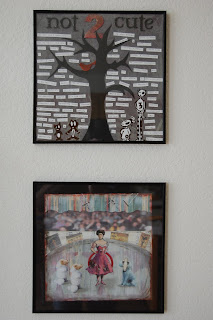 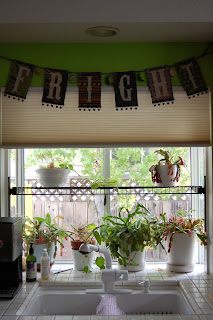 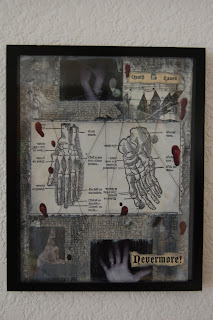 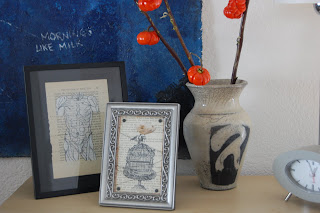 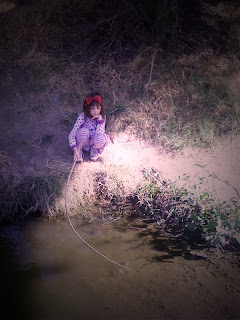 I am taking a great online course about being an online artist, by the wonderful Marisa Anne of Creative Thursday fame.  And while I have struggled to keep on top of the weekly lessons and responses (it started right before we went on vacation, so there was some catch up involved), she has also left me with much to ponder. Recently, Max has had some reactions that I think are due to artificial colors (discovered this on vacation, since we really don't have any foods around here anymore that aren't all natural), so we are trying the Feingold diet as well, and I've been trying to get the kids more motivated about the OT exercises, and thus I've produced very little in the way of art. Most nights, I end up falling asleep with the kids or catching up on Project Runway. It's been a tug of war lately - should I even try to make a go of it right now? The kids need so much, with diets and therapies, that I feel guilty. And overwhelmed. Then the next day I get something done (like two entries sent off to Somerset - yeah for me) and make elaborate plans in my head, that never seem to get realized right now. It's a constant back and forth.

So that's where I stand - exactly nowhere. I feel like Alice. I have gone down the rabbit hole, but no matter which way I walk, I end up back at the mushroom.
Posted by Casey at 10:11 PM 3 comments: 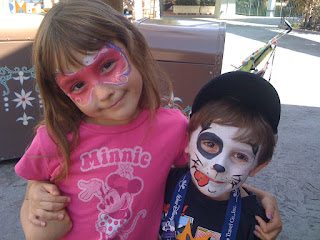 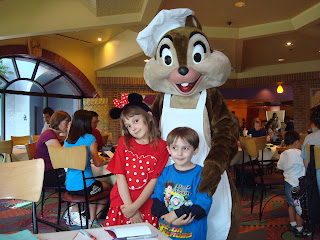 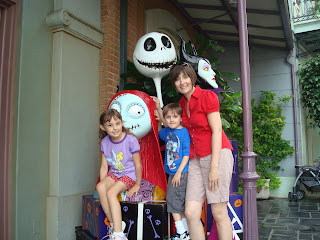 We had the best vacation ever this year - six days at Disneyland, one at Legoland! Finding gluten free food at Disneyland that the kids would eat was somewhat of a challenge (new goal - get the kids to eat hamburgers! Our lives would have been so much easier if they would!), and they ended up eating a whole lot of fruit. We all dropped a few pounds! Crazy as it seems, we had the longest stay ever, but I got the fewest drawings done in this year's book! I guess now that they are older, we spent less time napping (okay, no time napping) and bedtime became later and later. I'll have to catch up on it this week. I didn't bring the Nikon, either, only my iPhone for pictures, which worked out really well. All of the shots were uploaded to Shutterfly before we even got home! I also downloaded three Dineyland apps while we were there, which kept the kids busy while we waited in line or for food. The Hidden Mickeys one was a real hit - Max LOVED looking for them! What did I ever do before the iPhone?

Legoland was really great - so mellow, no crowds, lots of play areas, not just rides. It was also gluten free heaven - no special orders, no talking to chefs, they just had GF buns for hotdogs, and cookies, snacks and even cereal in their little snack market! For most people I now this sounds like no big deal, but when you are on a restricted diet, it means everything. I did get sick once from Storyteller's Cafe in the Grand Californian, and Matt accidentally glutened Max with Crunch ice cream bars. They were supposed to get ice cream while Madeline and I went on the Haunted Mansion ride, and when I got off and saw what they were eating, it was like one of those slow motion bits where you're running and waving your arms, "nooooooo." Too late - full rash that night, and lots of carrying him the next two days (he get fatigue from gluten). Overall, though, I'd say we did pretty well. 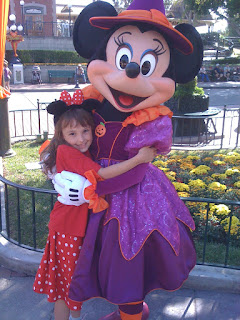 Now the house is in a state while I decorate for Halloween. I have come to find this year that my regular art work seems very appropriate for Halloween decor. Hmmmm.....  I'll post some pics when the place is back in order.
Posted by Casey at 12:14 PM No comments: